Just a reminder that the Jazz Journalists Association will be hosting a live blog all day Saturday, September 29 from the Columbia University School of Journalism, the site of the first-ever international symposium on jazz journalism.

Hosted by Philadelphia-based journalist — and inveterate blogger — David Adler, the forum will allow participants around the world to get a taste of the discussions in New York and discuss some of the topics, all of which you can find listed here.

The Interactiview software we use on JazzHouse is pretty intuitive, and there's a help screen if you get stuck at any point. One tip: refresh your screen frequently. It's also best to use the overview screen, and then dip into the various threads as they catch your interest. If you want to get a sense for how it works, you can find some archived Interactiview discussions here.

I'm not sure yet (maybe he's not, either) how David's going to approach this, but knowing his keen imagination and far-ranging interests, I'm sure it will be fascinating.

This is a new venture for the JJA, so we'd love to hear your feedback after the event. You can send them to me: jhale -at- sympatico.ca.
Posted by James Hale at 1:59 PM No comments: 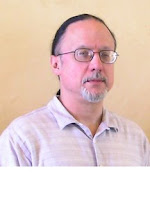 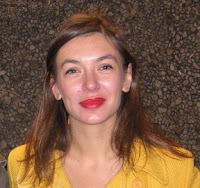 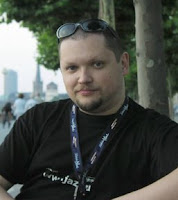 As noted in an earlier post, I'll be taking part next Saturday in a day-long symposium on jazz and globalization being staged at Columbia University's School of Journalism in Manhattan.

The panel I'll be on — along with Bill Shoemaker (top left, Washington, DC), Maxi Sickert (top right, Germany) and Cyril Moshkow (far left, Moscow) — will be addressing the topic: "Who are the new musicians of our time? What are the local and international traditions and aesthetics that inform their work? What kinds of aesthetic, economic, methodological, and cultural alignments are musicians pursuing in the 21st Century?" K. Leander Williams (near left) is the moderator.

As I've also posted, I'm in the middle of putting together a feature-length obituary of Joe Zawinul, and the more I listen to Zawinul's music and talk to people like drummer Peter Erskine and producer Bob Belden the more it's clear that Zawinul could really serve as the model for the modern jazz musician of the world. Many of the people who seem to be changing the traditional definition of a jazz musician — and I would include people like Vijay Iyer, Myra Melford, Cuong Vu, Dave Douglas, Gordon Grdina and John Hollenbeck in this category — are coming from backgrounds other than the standard music institutions and often pursuing musical careers only after other intellectual interests. Their music, like Zawinul's, reflects their diversity of backgrounds and interests, and they are finding new avenues to get their music heard.

Anyway, lots to think about and synthesize into a presentation for next week.

Plans are firming up to have a live webcast of the symposium, which features a wide range of jazz journalists from around the world, and to open the proceedings up to a broad audience through a live blog that Philadelphia-based writer David Adler will be maintaining on the Jazz Journalists Association website. Tune in!
Posted by James Hale at 10:45 AM 2 comments: 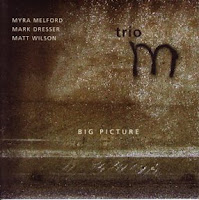 The clear highlight of the recent Guelph Jazz Festival was a mid-afternoon performance by Trio M — a collective featuring Myra Melford, Mark Dresser and Matt Wilson — no small feat in a lineup that also featured Anthony Braxton and Liberation Music Orchestra.

The concert was an energetic display of Melford's under-valued and little recognized strength as a Chicago-bred blues player, and Dresser and Wilson goosed her along enthusiastically until the three players were cracking up onstage at the creative sparks that were flying.

The trio's new CD — just out on Cryptogramophone — is a more considered affair, but no less entertaining. While it misses some of the electricity of the live Guelph performance, the communication between the three is very strong, and the compositions — three by Melford and two each by Dresser and Wilson — are thorny and compelling.
Posted by James Hale at 1:53 PM No comments:

My first thought on hearing about Joe Zawinul's unexpected death this morning was that he had always seemed too tough to die — sort of the jazz version of Jack Palance or Charles Bronson. Zawinul could've been a great boxer; he had that attitude of never backing down, and his bristling ego was cut with just enough intelligence (to say nothing of talent) to make you forgive him any boast.

Despite the earlier demise of Michael Brecker, Zawinul's death seems to hit harder for those of us who came of age in the jazz-rock fusion era.

DownBeat has assigned Zawinul's obituary to me, so I'll be listening and thinking about him for the next couple of weeks, and remembering how many hours I've spent in his musical company over the years.
Posted by James Hale at 3:33 PM No comments:

Due to a dodgy Internet connection at my hotel, it was difficult to post anything in a timely manner. Hopefully, I'll get caught up on some reflections later this week. Suffice to say, outstanding shows by Myra Melford's Trio M (with Mark Dresser and Matt Wilson) and Anthony Braxton's Diamond Curtain Wall Trio +1.
Posted by James Hale at 9:26 PM No comments:

Guelph is one festival that challenges you in many ways: it occurs in what is usually the most time-challenged weeks of the year; it demands that you stay up late and get up early; and most significantly, it hurls ideas at you.

After a late night catching up with friends and listening to Rob Manzurek’s Exploding Star Orchestra and the Toronto collective Do Make Say Think, it was demanding to hear a 9 a.m. keynote address by Anthony Braxton. One feared a dense, frustrating presentation like the one Ornette Coleman delivered at last winter’s IAJE; instead, what was delivered was a fascinating lecture that crystallized 30 years of listening to Braxton’s music into total clarity. Not only did it clarify a lot of Braxton’s unique musical nomenclature and language, but it clarified – reinforced, really – the fact that Braxton’s humanity crackles through everything he puts his hand to.
Posted by James Hale at 7:55 AM No comments:

It Must Be Fall

I'll be on assignment at the Guelph Jazz Festival this week.

Watch for some reports on Anthony Braxton, Charlie Haden's Liberation Music Orchestra, William Parker, Myra Melford and others.
Posted by James Hale at 8:47 AM No comments:

The co-operative trio Jewels and Binoculars (Michael Moore, Lindsey Horner, Michael Vatcher) has stretched their interest in the music of Bob Dylan further than anyone probably thought possible. They keep hitting on key components of Dylan's tunes — finding attractive riffs or telling turns of phrase to emphasize. They also dig deep into the catalogue, finding obscure pieces like "Jack-a-Roe" and "Cold Irons Bound" to place alongside tunes that anyone could hum, like "If You See Her, Say Hello" and "Gates Of Eden."

It all drives me back to Dylan's best single package of work, which I had on cassette for years but just recently got on CD. The jewels keep popping to the surface, but no matter how many times you listen, "Blind Willie McTell" always shines. Happy to see that Jewels and Binoculars love it too.
Posted by James Hale at 9:58 AM No comments: