Back in the early 1980s, liking Michael Jackson could get you hurt. 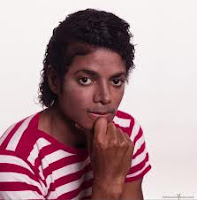 At that time, I hosted a Saturday evening radio program on CKCU-FM, Canada's longest-running campus station. I took over from the station's hard-core reggae program in the afternoon, and handed off to a program highlighting the week's best new albums at 8 p.m. The idea was to warm listeners up for whatever their Saturday night held for them, and I leaned toward the power pop of the day (Graham Parker, Elvis Costello, Joe Jackson, Any Trouble, and the like) and mixed things up with classic American roots music, running from Gene Vincent to Joe Ely.

One evening, I got the urge to hear the Jackson Five's "ABC," possibly inspired by Parker's cover of the band's "I Want You Back."

The Saturday evening show elicited a lot of phone requests, so I thought nothing of it when the light flashed as the first chorus of "ABC" was ending.

"Hey, you asshole, what is this bubblegum shit you're playing?"

Usually, you could disarm an abrasive caller with some humour, but this guy wasn't buying that. After some escalating dialogue, he promised to meet me in the parking lot after my show to express his dislike of the Jacksons with his fists.

I think his unfulfilled threat was on my mind in November 1982, when I was filling in for someone—perhaps my late friend Brian Eagle—on a mid-week afternoon show. The record rep from CBS had just dropped off the label's new releases, and the program manager brought them into the on-air studio. I flipped through them and spotted the long-overdue release by Michael Jackson: Thriller.

Its 1979 predecessor, Off The Wall, had contained some great pop-dance music, but hadn't been any more welcome at CKCU than "ABC" was.

I casually scanned the credits, and did a double-take when I saw Eddie Van Halen's name beside "Beat It." The record I was playing was coming to an end. I had the Jackson vinyl out of the sleeve. I decided to play it without auditioning it. I turned up the JBL speakers in the studio, and the program manager and I smiled all the way through that brilliant Van Halen solo.

I don't know if I was the first DJ to air Thriller in Canada, but I suspect I was. It was certainly probably the first broadcast of "Beat It" since the song was not designated as the album's first single. I've thought of that a few times over the years—including once when I found myself commenting on a different radio station the morning after Jackson's death—but this article in the New York Times shines an interesting light on how Thriller went from curiosity to blockbuster.
Posted by James Hale at 3:16 PM No comments: