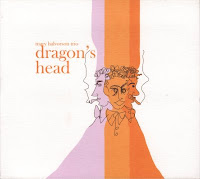 I'm a firm believer that any signature you develop as a writer – and, I think, particularly as a critical writer – should be implicit. Otherwise, it's sort of akin to giving yourself a nickname a la George Costanza. That stated, one thing I've tried to establish as a critic is to avoid comparing one artist to another. I think this came naturally to me, but I've grown to learn how much most musicians hate it when critics link them stylistically to others. It's often just a sign of lazy thinking, or a sign that the critic feels their reader needs a reference point (writing down to readers is a whole other topic). The practice is especially bad when the critic makes incorrect assumptions – like linking Brad Mehldau to Bill Evans, a pianist Mehldau doesn't particularly admire, let alone take influence from.

Still, it's cool to hear an upcoming musician flash their influences as they find their own voice, or extend the voice they've already developed by the time they first record. I've been enjoying what I've heard from 28-year-old guitarist Mary Halvorson – primarily in the context of Anthony Braxton's bands – and I'm excited to be digging into her new CD, Dragon's Head, on Firehouse 12 Records. A native of Brookline, Massachusetts, she admits to being a Hendrix fanatic in eighth grade (I knew there was a reason I liked her, although our eighth grade obsessions were a few decades apart) and she studied with fellow Bostonian Joe Morris, with whom she shares a love for a flat, dry amplified tone. But, in addition to Hendrix and Morris, Dragon's Head subtly references Dolphy and Monk, as well as more obvious nods to Blood Ulmer, Derek Bailey and Sonny Sharrock.

There is no shortage of utterly original phrasing and attack, as well, and Halvorson's trio (bassist John Hebert and drummer Ches Smith) complements her extremely well. Hearing her tear through some Hendrix-inspired noise on "Momentary Lapse (No. 1)" put me in mind of saxophonist's James Carter's mind-warping debut on JC On The Set, where he obliquely referenced Charlie Parker and John Coltrane and immediately laid his bona fides at your feet.

In short, a great recording – one that's sure to upset the neighbours if you play it loud. In the best way possible.
Posted by James Hale at 1:27 PM No comments:

The major fall festivals — Chicago, Guelph, San Francisco — are not on my agenda this year, so why not look ahead with anticipation to 2009?

My friends in the Ottawa area will be interested to note that the SFJAZZ Ensemble is listed on Pollstar as playing the cozy Library & Archives Canada Auditorium on March 1. The collective's site doesn't project beyond the current season yet, but sources on the West Coast tell me that the band will undergo some significant changes for 2009. No word yet, either, on which jazz composer the group will be interpreting next year.

Jazz Chronicles regulars may recall that I was less than enthusiastic about the SFJAZZ Ensemble's debut 2008 performance in Portland last February, when they were interpreting the music of Wayne Shorter. I wish I'd had the chance to catch them again after hearing many good reports from the road. (And, hey, I'll be the first to admit that my reflections on that Portland show were likely coloured by the brilliant set I heard immediately after by Myra Melford's Be Bread Quartet — a show that is still near the top of my list of best concerts of '08.)
Posted by James Hale at 11:02 AM No comments:

It's not often that a jazz artist mounts a tour that's as much a set-piece as this band presented. Just about every stop this summer the band opened with Hancock's fusion chestnut "Actual Proof" and ended with an extended, funked-up workout on "Chameleon." In between, guitarist Lionel Loueke got a long solo piece, and singers Sonya Kitchell and Amy Keys had showcase songs. Both times I caught the show, the highlight was a long central section featuring solos by bassist Dave Holland and Hancock on acoustic piano. Unfortunately, that part of the standard set is absent from the Newport performance, but check it out, if for nothing more than the pleasure of hearing Holland playing more Fender bass than he has since leaving Miles Davis in 1970.
Posted by James Hale at 1:46 PM No comments:

Coming less than a week after the sudden death of Isaac Hayes, Jerry Wexler's demise, at age 91, all but draws the curtain on the great rise of soul music in the 1960s. Along with sound engineer Tom Dowd, Wexler was the architect of so much terrific music from the South.

If you haven't read Rhythm and the Blues: A Life in American Music – co-written by Wexler and David Ritz – it's a must. A compelling look at the rise of Atlantic Records and the life of a guy who was a unique visionary in the music business.
Posted by James Hale at 1:22 PM No comments: 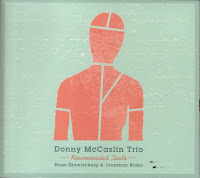 Donny McCaslin Trio: Recommended Tools
The great tenor saxophonist steps up with a tour de force performance in the style of Sonny Rollins' trio recordings. Live to two-track and produced by longtime collaborator Dave Binney, this is a set of 10 songs that demands your full attention. 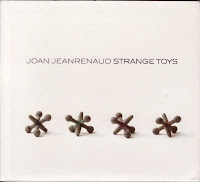 Joan Jeanrenaud: Strange Toys
For some reason, cellist Joan Jeanrenaud hasn't managed to escape her membership in the Kronos Quartet, even though she's a powerful and unique solo performer. Strange Toys has a nice mix of pieces with her on electronically enhanced cello, as well as collaborations with guests like Paul Dresher and William Winant. 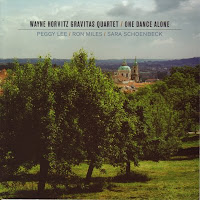 Wayne Horvitz Gravitas Quartet: One Dance Alone
On the topic of terrific cellists, Peggy Lee is onboard – along with bassoonist Sara Schoenbeck and cornetist Ron Miles – for one of two new recordings Wayne Horvitz has out. Horvitz has an uncanny way of slipping into my subconcious, and this disc is no different.
Posted by James Hale at 12:39 PM 1 comment:

Sure, he'll always be remembered for the shaved head, the chains, the bad attitude that sold his theme song for Shaft, but Isaac Hayes was largely responsible for shaping the sound of the South in the 1960s. Working with his partner David Porter, Hayes turned out some landmark songs for Sam & Dave – as well as some of the others who recorded for Stax and Atlantic Records – and helped pioneer a sound that was a saltier rival to what Motown was turning out.

Along with James Brown, Muhammad Ali, Jim Brown and a handful of other high-profile African-American stars of the '60s, Hayes also played a huge role in creating a new, proud image for the black U.S. male. No quarter asked, none given.

National Public Radio in the U.S. is streaming extensive programming from this year's Newport Jazz Festival this weekend.

Today, they've posted part of the set by the kind of all-star band that the Newport festival has featured since its inception in the mid-'50s: Dave Holland, Chris Potter, Gonzalo Rubalcaba and Eric Harland.

[Update] Now that I've listened to it, I can tell you that the set – despite a few technical issues during the opening song – is intense and compelling, particularly Potter's "Ask Me Why."
Posted by James Hale at 10:08 AM No comments:

In addition to the Anthony Braxton listening referenced in an earlier post, I've found myself drawn back 15 years to a couple of the first Dave Douglas recordings that caught my ear, and I'm recalling the excitement generated by his fresh voice and expansive musical vision.

His Soul Note debut – Parallel Worlds – includes music by Webern, Brecht/Weill and Ellington, as well as several intense and sprightly originals, and I had forgotten his lovely tribute to Tony Williams on Convergence.

Looking back over those 15 years, it makes perfect sense that Douglas became co-curator of a trumpet festival, because these recordings were really the first wave of a series of exciting new trumpet-led projects, which have included Taylor Ho Bynum, Abram Wilson and Peter Evans.
Posted by James Hale at 12:38 PM No comments:

Some musical highlights so far...

Sonny Rollins at the Vitoria-Gasteiz Jazz Festival – After seeing Rollins perhaps a dozen times over the years, I finally caught him on one of those nights (one of those sets, actually) when he seems like he can scale tall buildings. I haven't figured out the cause-and-effect equation yet, but I was happy to experience this in a place where the audience responded with equal passion.

Kathleen Edwards at the Cisco Systems Bluesfest – When someone becomes a "star" it can become difficult to see the transition when you live in the performer's hometown. Appearing on one of the Bluesfest's main stages, Edwards left no doubt why she's now a major concert draw around the world.

Maria Schneider Jazz Orchestra at the Vitoria-Gasteiz Jazz Festival – Seven days on tour, playing inside a basketball arena, and this band still plays the hell out of Schneider's gorgeous book of compositions.

And a few highlights within concerts: Including Herbie Hancock's acoustic solo at his performance in Ottawa; Eric Harland's terrific stickwork on his hi-hat during Charles Lloyd's concert in Spain; and the gusto Bettye LaVette brings to the stage.
Posted by James Hale at 3:56 PM No comments: