Hendrix: Still Standing Near The Fire 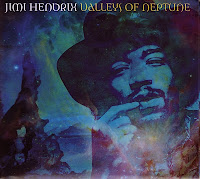 Thirty-eight years ago, in the March 30, 1972 issue of Rolling Stone, critic Stephen Davis began a review of Jimi Hendrix's Hendrix In The West with these words: "Scrape, scrape. That sound you hear is Eddie Kramer, the proprietor of the late Jimi Hendrix's New York recording studio, Electric Ladyland (sic), scraping the bottom of the Hendrix barrel for the second and possibly second-to-last posthumous album of the deceased genius' music."

Mind, this was before albums like War Heroes, Loose Ends, Crash Landing, Midnight Lightning, et.al. were unleashed on a public hungry for more from the man who sanctioned just three studio albums during his career.

The state of Hendrix's estate and the various reissue programs licensed by it are well documented, and I had long since grown cynical about the state of the Hendrix catalog myself. As many interesting tidbits that the estate had released under the aegis of Jimi's adopted half-sister Janie, it had also done things like slap his name on golf balls and psuedo-psychedelic clothing. Long ago, I stopped paying much attention.

But the estate's deal with Sony Legacy brought new hope. After all, the company has done a fabulous job with re-packaging the Miles Davis catalog and reissuing essential music by artists like Charles Mingus and Thelonious Monk. Maybe they'd do right by Hendrix, too.

But a new studio album? I immediately flashed back to that Rolling Stone review, but a couple of good advance notices piqued my interest.

I glanced at the sleeve of Valleys Of Neptune when it arrived this morning and thought, Hmmm, "Stone Free," "Hear My Train A Comin'," "Lover Man," "Fire." Ah, more of the same. I put the disc on and started into some work. The good mixes caught my ear, and the alternative versions were interesting. And then I came to "Red House." Wait a minute! Why was the original Experience re-doing that and "Fire" in early 1969?

The liner notes explain that the band re-cut them at a rehearsal for their appearance at Royal Albert Hall—a performance that was filmed (and rumour has it, will finally be released in some decent form)—and released posthumously on a couple of quasi-bootlegs.

Suffice to say that if Stephen Davis had known this was in Kramer's "barrel" he wouldn't have been so hasty. Hendrix's guitar solo and vocals are first rate—easily on par with the original release (on Are You Experienced in the UK and Smash Hits in North America)—and the quality is almost that good on several other tracks. This is more than barrel scraping or cashing in; this sounds like a dedicated Eddie Kramer listening to hours and hours of stuff and finding some real gems. If only for the sound of that guitar on "Red House" and a clean studio version of Hendrix's killer cover of "Sunshine Of Your Love," Valleys Of Neptune is a winner.
Posted by James Hale at 9:10 PM No comments:

Someone asked me the other day for the full list of the output of Keith Jarrett's American Quartet so they could follow along. Here it is, with the original labels and recording dates:

Saxophonist Jane Bunnett and trumpeter Larry Cramer are taking their Art Of Jazz Festival on the road this summer, leaving the red-brick urban oasis of Toronto's Distillery District and heading north to Bancroft, Ontario.

Bunnett's family has owned land in the region south of Algonquin Park for almost a century, so the Bancroft area—and its vibrant arts community—is not new to the couple. Lately, they've been attracted to the log bandstand that the town constructed on the York River in 2001, which will be the primary site of the new Art Of Jazz presents the Algonquin Arts & Music Festival from July 30 to August 1.

Bunnett and Cramer are still putting together a lineup, so stay tuned for more details.
Posted by James Hale at 3:49 PM No comments:

Bill King announced via Facebook this week that he is discontinuing the National Jazz Awards program that he began in 2002 (picking up from the earlier Jazz Report Awards that he ran with his then-business partner Greg Sutherland). King says that his team lacks the time to beat the corporate bushes to make up for the shortfall caused by the withdrawal of the awards program's funding through the Canadian government's FACTOR grants.

Although it struggled in its early years to expand its online voting base beyond Toronto—and a fairly conservative Toronto voting base at that—the National Jazz Awards caught on mid-decade and was well on its way to recognizing the achievements of jazz artists and industry workers across the country. (Full disclosure: I was the winner in the National Jazz Awards Journalist of the Year category for 2009, and served on the program's nomination committee in its early years.)

King was tireless in promoting and organizing the awards (last summer, he grimaced in pain from a back ailment as he scrambled around on the night of the ceremony) and while the process had its flaws he was never less than idealistic about his desire to recognize excellence in Canadian jazz.

Ironically, as the NJAs falter this week, the nominations for the Juno Awards (Canada's equivalent of the US Grammys) are being announced. The Junos have the advantage of focusing on popular music (I can't recall jazz ever being showcased on the national TV broadcast) but have neither the depth of the NJAs nor the ability to reflect the input of those who consume artists' work.

These awards programs are thankless (I've also been intimately involved in the Jazz Journalists Association's Jazz Awards over the years) but the recognition does mean a lot, and the ability for members of the industry to come together to celebrate their achievements is important, too. Whenever I think of the NJAs and the Jazz Report Awards I reflect on a speech that saxophonist Jane Bunnett made at one of the awards ceremonies. Looking out at the assembled artists and guests and still chuckling at some of the remarks that had been made by awards recipients, she said: "What a crazy bunch of people we are."

We need more opportunities to realize and express those thoughts.
Posted by James Hale at 9:29 AM 1 comment: 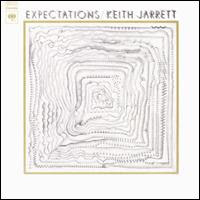 In some ways, Expectations—released on Columbia Records in 1972—is something of a ringer in the catalog of Keith Jarrett’s American Quartet. The full quartet—Jarrett, Dewey Redman, Charlie Haden and Paul Motian—is only featured on five of the 11 tracks, and only one piece is played by just the quartet. That stated, the album—originally a two-LP set—was produced by George Avakian, who also produced the band’s two Atlantic releases, and Jarrett’s writing is in the same mode as El Juicio and Birth. It fits into the lineage.

The original album is quite an artifact, with an Afro’ed and tie-dyed Jarrett gracing the back cover, just above 22 flags, representing “countries in which Keith Jarrett has won the praise and respect of musicians, critics and the public.” That would be 22 out of more than 190? Probably not something a “global” jazzman would want to flaunt today. Perhaps the record label had second thoughts, too; Expectations was Jarrett’s only release on Columbia.

The additional elements for these sessions include percussionist Airto Moreira, who had been in Miles Davis’ band with Jarrett, uncredited string and brass sections, and the brilliant guitarist Sam Brown. A Maryland native who first drew attention for his work on Haden's Liberation Music Orchestra, Brown had a stinging attack and a tart tone that Jarrett called on again for Treasure Island in 1974. He committed suicide at the age of 38 in 1977.

Side 1 includes some of my favourite of Jarrett’s writing during this period, in particular “Common Mama,” whose fusion of gospel, blues, Latin and free music makes the case for calling this the American Quartet. Like long stretches of the Bremen and Lausanne solo concerts that ECM released in 1973, Jarrett grooves as he ruminates on a theme. That gives way to a squalling Redman solo, and either Jarrett or Moreira spices things up with a tambourine accompaniment that sounds like that spine-snapping rhythm riff from Miles Davis’ “Helen Butte.” Finally, an Ornette-like theme develops and is handed off to Jarrett for a particularly joyous closing solo.

The spirit of Ornette also infuses “Roussillon,” one of the tracks performed by the quartet alone. Jarrett’s soprano weaves around Redman’s tenor, and following a Haden interlude, Jarrett plays a particularly intense piano solo. To my ear, Redman’s growling tenor solo sounds like he’s emulating Jarrett’s signature vocalizations without mocking the boss.

“The Magician In You” has one of those Jarrett-composed melody lines that is both sprightly and majestic, and it’s attractively voiced by Brown, bookending a Jarrett solo that is filled with leaps and twists. Even with those charms, the performance is almost undone by tentative rhythmic accompaniment that makes this sound like it’s a rehearsal.

Of the other augmented quartet performances on Expectations, “Sundance” is another highlight of the band’s early years—with Brown and Redman taking raucous solos over a churning rhythm bed. “Bring Back The Time When (If)” adds Moreira and drops Brown, and captures the freewheeling side of the quartet between statements of a theme that hints at both calypso and the church.

The gospel connection is solidified in the closing “There Is A Road (God’s River),” which eschews Redman but provides Brown with an exceptional showcase. The string section adds little except some drama, but neither do they weigh down this strong closer.
Posted by James Hale at 8:41 PM 2 comments: