It may be a month early for a review of the year in jazz 2011, but it's clear that the dominant topic—at least during the summer festival months—was the debate over jazz vs. non-jazz programming at festivals.

For at least one festival—the one that is held in my hometown (and, standard full disclosure statement, the one that employed me on contract in 2009 and 2010)—a strong defence in favour of booking non-jazz artists has been made. At its annual general meeting this week, the TD Ottawa International Jazz Festival announced it posted a $162,419 surplus, despite paying 7.2 percent more in performer fees than in 2010. What's more, box office receipts were up 30 percent, to $782,447. The only non-jazz performer who tanked was Elvis Costello, who went onstage outside less than 90 minutes after a massive storm dumped record amounts of rain on the city.

So, for those hoping that headliners like Robert Plant, K.D. Lang and Daniel Lanois' Black Dub will just go away, that's not likely to happen. Cross-subsidization from popular acts like those to high-priced jazz talent like Brad Mehldau is a reality that festivals—and festival-goers—must live with.
Posted by James Hale at 3:43 PM 1 comment: 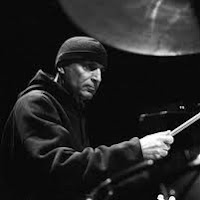 I can't begin to count the number of recordings I have that feature drummer Paul Motian, who died today at age 80, and I can't think of a disappointing one among them. Not only did he have exceptional taste about who he played with, he lifted every recording by his touch and unique sense of rhythm and colour. Several of the bands he was a member of—including Keith Jarrett's so-called American Quartet and his own trio with Bill Frisell and Joe Lovano—are among the very best jazz groups of the past 50 years.

Despite his long, active career, I never had the chance to meet or interview him, which is a big regret. From what I've heard and read, he was an endlessly fascinating guy.

I do have a favourite memory, though, which relates to his spare style and amazing ability to determine exactly how to fit into a piece of music. In 2002, I saw him play with Marilyn Crispell in San Francisco as part of her trio. I don't have notes from the show, so I can't recall which song it was, but I remember one long, contemplative piece where his accompaniment during one passage consisted of exactly one cymbal strike... and it was perfectly placed. He watched, listened, waiting, and touched the cymbal just once. That was all that was needed, and he knew it; and he had the lack of musical ego to not go beyond that realization.
Posted by James Hale at 12:07 PM 1 comment:

After 10 years in the position, trumpeter/composer Dave Douglas is passing the leadership of the Banff International Workshop in Jazz & Creative Music to pianist Vijay Iyer. Iyer will participate in the 2012 program under Douglas' direction, and then assume the position in 2013.

Iyer is a terrific choice, not just for his vision and scope as a composer and instrumentalist, but because he shares with Douglas a joy for collaborating with others and creating a collective voice in a variety of settings.

"After visiting universities, workshops and seminars around the globe, I can say that the workshop at The Banff Centre is among the most intensely focused musical experiences available for young musicians," Douglas was quoted as saying in a media release by the school. "Spending three weeks in Banff with 65 of one's most gifted peers changes lives."

That's certainly the feeling among those I've talked to who have worked with Douglas during his decade leading the program. Every alumnus mentions his creative energy, novel approaches to learning and joy in sharing what he knows. He has also gained a reputation for bringing highly creative compatriots along with him during his annual trek to the mountains, including gifted teacher/performers like pianist Myra Melford and drummer Jerry Granelli.

It is hard to overstate the importance that the Banff program has had on jazz in Canada since its founding by Phil Nimmons and Oscar Peterson in 1974. I've long since lost track of the number of musicians who have told me that their musical paths were altered by encounters with Nimmons, Kenny Wheeler, Dave Holland or Steve Coleman during the years those musicians were in charge of the program. The environment has also helped form lasting musical relationships between participants.

In short, the program is a national treasure in Canada, and while there are some—Nimmons among them, at least at one time—who felt that the leadership should be given to other Canadians like Wheeler, it has benefitted from not being parochial. Not only do stars like Douglas and Iyer help publicize the program around the world, the program maintains its reputation by having musicians at the helm who are breaking new ground in their own music.
Posted by James Hale at 1:42 PM No comments: