Yes, I know I recently stared into the evil side of year-end top 10 lists, but I get requests. How else are my friends and relations going to know what to buy their jazz-loving gift recipients?

So, cut me some slack, and get your credit cards ready. 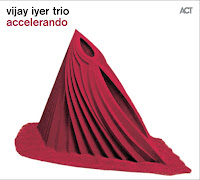 Gato Libre: Forever (Libra): Unless you reside in Japan, you're forgiven if the band's name doesn't immediately ring a bell. This is one of the multitude of projects that pianist Satoko Fujii is a part of, a quartet co-led with her husband, trumpeter Natsuki Tamura. Sadly, this album documents their final concert in their original lineup; bassist Norikatsu Koreyasu died just days after the performance. Even without that knowledge, there is a wistfulness that suffuses the music, accentuated by Tamura's Spanish-tinged playing. Fujii's spectral accordion work is a special delight here, as is Koreyasu's beautiful tone. 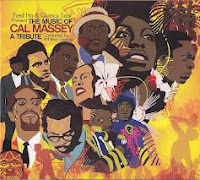 Vijay Iyer Trio: Accelerando (ACT): It's currently hip to knock journalists who give attention to Iyer (let alone give him an unprecedented number of DownBeat awards) rather than the dozen or so other youngish pianists who are incorporating multiple sonic elements and musical influences into their playing, but Accelerando is just too good to overlook. By now, it's a given that Iyer and his trio mates can dance cannily on variegated rhythmic streams. On Accelerando, they expand on the language, taking it to places that will have you returning again and again to hear their conversation.

Fred Ho and Quincy Saul: The Music of Cal Massey: A Tribute (Mutable Music): Cal Massey is not much known beyond his association with John Coltrane and other Philadelphia musicians, so plaudits to Fred Ho and Quincy Saul for showcasing his music, particularly the "Black Liberation Movement Suite" from 1969. Trombonist Frank Lacy is especially strong on the recording.

Henry Threadgill Zooid: Tomorrow Sunny/The Revelry, Spp (Pi): Still staunchly individualistic, Henry Threadgill sounds like no one else, and an opportunity to explore his innovative sound world is always welcome. Threadgill's music has assumed a slightly more austere manner than in the days of his Sextett, but it is no less compelling.

Nik Bärtsch’s Ronin: Live (ECM): A compilation of concerts by Swiss pianist Nik Bärtsch's band, this set rocks and grooves in inviting and mysterious ways. Like Threadgill's, Bärtsch's vision is firm enough that his music sounds immune from changes in personnel.

Dave Douglas Quintet: Be Still (Greenleaf): Dave Douglas' recordings are frequently conceptual, but none have been more personal than this dedication to his late mother. Using primarily hymns selected by his mother for her memorial service, Douglas adds the plainspoken voice of Aoife O'Donovan to create a distinctive blend of old and contemporary Americana.

Gonzalo Rubalcaba: XXI Century (5Passion): I have often found the Cuban pianist too rococo for my taste, but, here, his inclination to ornament every phrase pays dividends.  With Matt Brewer and Marcus Gilmore as a thoroughly modern rhythm section, Rubalcaba's piano weaves in and out of focus. In my four-star DownBeat review, I called this "smart, adventurous fun that works well on several levels."

Frank Kimbrough Trio: Live At Kitano (Palmetto): Best known for his quiet-but-sturdy work within the Maria Schneider Jazz Orchestra, Frank Kimbrough is an exceptional pianist with a rich imagination and a deep knowledge of jazz history that frequently colours his improvisations. But Kimbrough's not even the best thing here; that honour goes to drummer Matt Wilson, whose wit, ingenuity and daring are unparalleled.

John Abercrombie Quartet: Within A Song (ECM): Without apology, let me say that it's likely any recording guitarist John Abercrombie releases will find its way to my top 10 list, particularly when it includes drummer Joey Baron. While Abercrombie's recent albums have featured violinist Mark Feldman, here he teams with saxophonist Joe Lovano, and it's a toss-up who I prefer. The material—drawn mainly from iconic jazz artists of the '50s and '60s—is flawlessly executed.

Bill Laswell: Means Of Deliverance: Solo (Innerrhythmic): Laswell's projects are usually teeming with sonic complexity, so who knew what to expect from his first solo bass recording. Beautiful and resonant, this is a recording that sounds both timeless and genre-free.
Posted by James Hale at 12:46 PM 1 comment:

Brubeck and Shankar: Genius Past 90

When an artist remains creative into his or her tenth decade there is a temptation to overstate the person's importance. Longevity has a way of clouding, or perhaps just softening, our critical view. In that regard, Eubie Blake and Doc Cheatham grew in stature with each passing year prior to their forestalled deaths. In essence, they seemed like stand-ins (on The Tonight Show with Johnny Carson and other high-profile venues) for one-time peers who actually had more of an impact, but had the misfortune of living shorter lives.

Ravi Shankar and Dave Brubeck—united in deaths just a week apart and several biographical details—were exceptions. They were vital, creative and influential until the very end.

If my memory serves, I heard Shankar sometime in the early '60s, courtesy of some of my parents' more adventurous friends. If it didn't really register for what it was at the time, that exposure laid the groundwork for easy acceptance of the sonic texture of the sitar when The Beatles incorporated it into their music a few years later.

I wrote last week of how Brubeck opened me to the concept of jazz as a place where the races could come together creatively. In that same way, the tonality of Shankar's music alerted me to the reality that there was a huge world beyond the western music I heard on a daily basis. What's more, Shankar's music was—prior to hearing Charlie Parker—my first exposure to other-worldly virtuosity. It helped me put rock guitarists in perspective. When my friends gushed over Eric Clapton, I pointed them to Shankar. Checking back on his appearance to open the Concert for Bangladesh, I was reminded of the frisson I felt in those days. As an example, dig the blazing exchanges between Ali Akbar Khan and Shankar at 4:36 and 4:51. If George Harrison took inspiration from Shankar's sound, surely guitarists like Duane Allman and Dickey Betts picked up an idea or two from riff trading like this.


Live exposure to Shankar was hard to come by where I grew up, but I took my mother—then, about 82—to see Shankar one night. We still talk about that concert as one of the times that our musical tastes met; a rare occasion.

In contemplating the death of these two giants so close together, I'm struck by a similarity that overshadows the fact that both men produced highly musical offspring. Both Brubeck and Shankar felt the sting of critics who labelled them as sell outs, thanks to their widespread popularity. In Shankar's case, it was more of a challenge, because it attacked him at the level of ethnicity and national pride. It happened early—an ego-shattering experience, he recalled—when he was performing with his brother's dance troupe in the mid-'30s, and then again, when The Beatles swept him up in their wake.

Both Brubeck and Shankar remained true to themselves and toughed out the criticism. They didn't buckle, and by overcoming their challengers they opened their music to much wider appreciation. Last week, Facebook was flooded with testimonials of how Brubeck opened musicians to new worlds beyond what was accepted in jazz, and those types of comments are now flowing for Shankar, too.

One other product of living 90-plus years is that people begin to take you for granted. Until you're gone. Only in retrospect, as we re-examine the careers of these giants, do we realize how much of the world as we know it was shaped by their contributions.

Posted by James Hale at 9:56 PM No comments:

What Dave Brubeck Taught Me

Dave Brubeck was an enormous influence on my early jazz listening, and—along with his sidemen Gerry Mulligan and Paul Desmond—probably the only white jazz musician I listened to until Keith Jarrett and Chick Corea broke out on their own. If Brubeck was a jazz ambassador, taking American music to the Soviet Union and beyond, he was also an ambassador for a white kid in Canada, exploring. He looked like my dad. He was so square, he was hip.

I thought, okay, this music is universal; everyone can contribute. It was a big, open tent. That was an important thing to learn early on.

Skip forward 45 years or so, and I found myself working as the media relations resource for Ottawa's jazz festival one summer, with Mr. Brubeck slotted to headline our festival, accompanied by the entire National Arts Centre Orchestra before about 15,000 people on a spectacular summer evening. The concert was remarkable, but my best memory comes from earlier in the day.

Most headliners let their bandmates do the heavy lifting during soundcheck. The really big names sometimes don't show up at all. And if they are living legends in their late 80s?

I don't think we expected to see Dave Brubeck onstage that afternoon, yet there he was with his quartet, soundchecking as the hot summer sun beat down on the stage. We expected a rudimentary 15 minutes at most.

He started off wearing a jacket and white shirt, standard fare for anyone's elderly grandfather. But the soundcheck went on and on, his band working out nuances on pieces they must've played hundreds of times. The leader kept making adjustments, asking his guys to play things again.

The coat came off. The white shirt came off. There was Dave Brubeck, looking like a superannuated Bruce Springsteen in his undershirt, working his band hard through a full rehearsal. Smiling. Happy. Showing me that the joy of music is a gift you can keep forever.

So many lessons. So much memorable music.
Posted by James Hale at 8:10 PM 3 comments: