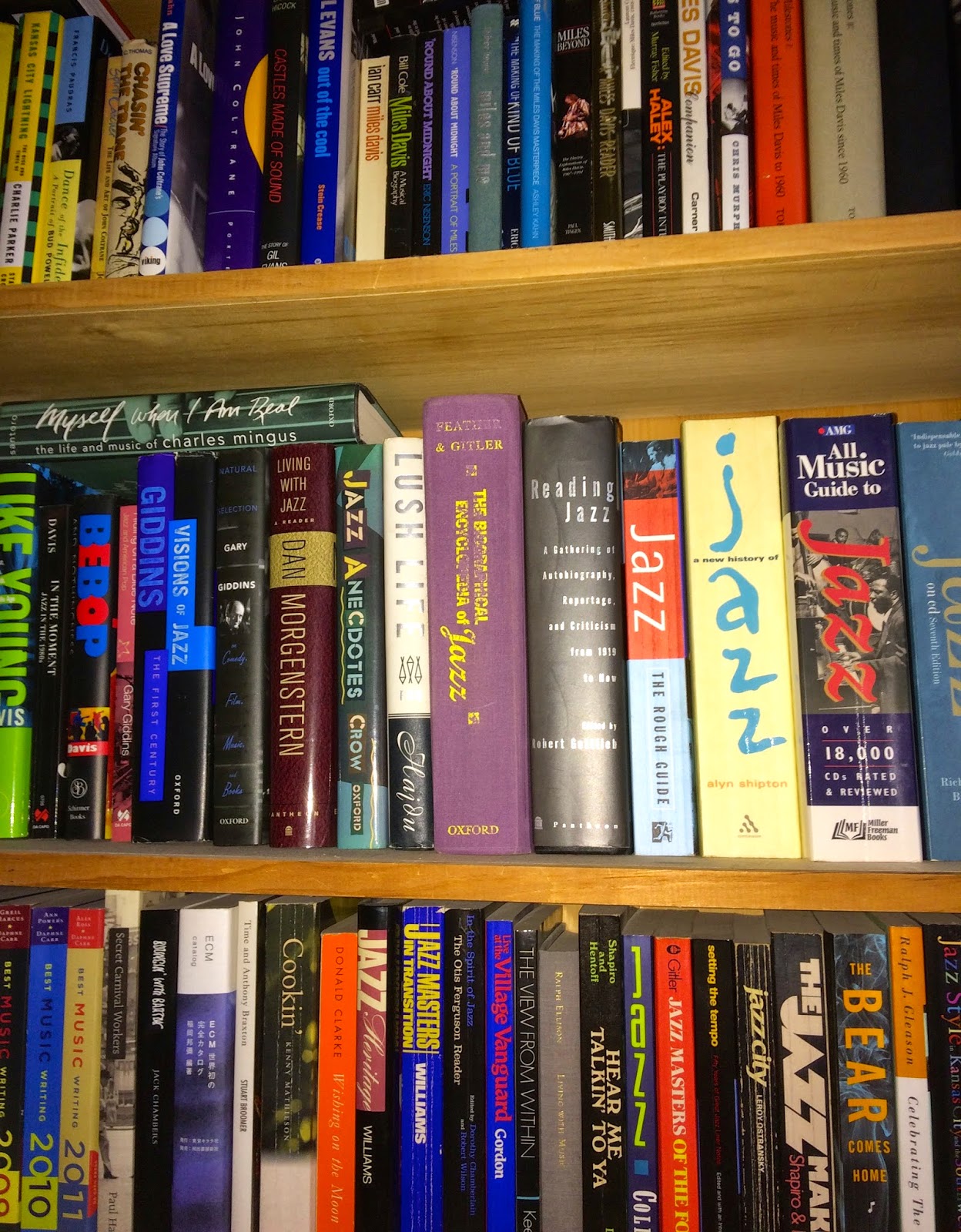 Almost seven years ago, a trip to Portland, Oregon, for that city's jazz festival took me to Powell's, the incredible used bookstore. As I wrote here, the top find on that exploration was Jazz: A History, a 1977 book by Frank Tirro, who was then a professor at Duke University.

I originally discovered Tirro's book when I was an undergraduate, studying American literature at Carleton University. I had followed an intensive course of study of literature since Grade 8, and almost a decade later I was, frankly, bored with the canon. My only thrill came from reading writers like William Faulkner, Robert Penn Warren and Ernest Hemingway, and there was only so much to read there. I started avoiding classes and hanging out in the university library, searching for a diversion.

I found it in Tirro's concise writing on the music that I was beginning to discover through a nightly jazz program on CBC Radio and the handful of legitimate jazz recordings that my father had in his collection. There was something in his description of Ornette Coleman's seminal recording, Free Jazz, that grabbed me. This sentence, in particular, spoke to 23-year-old me: "What Coleman brought to jazz was new values, not the absence of values." 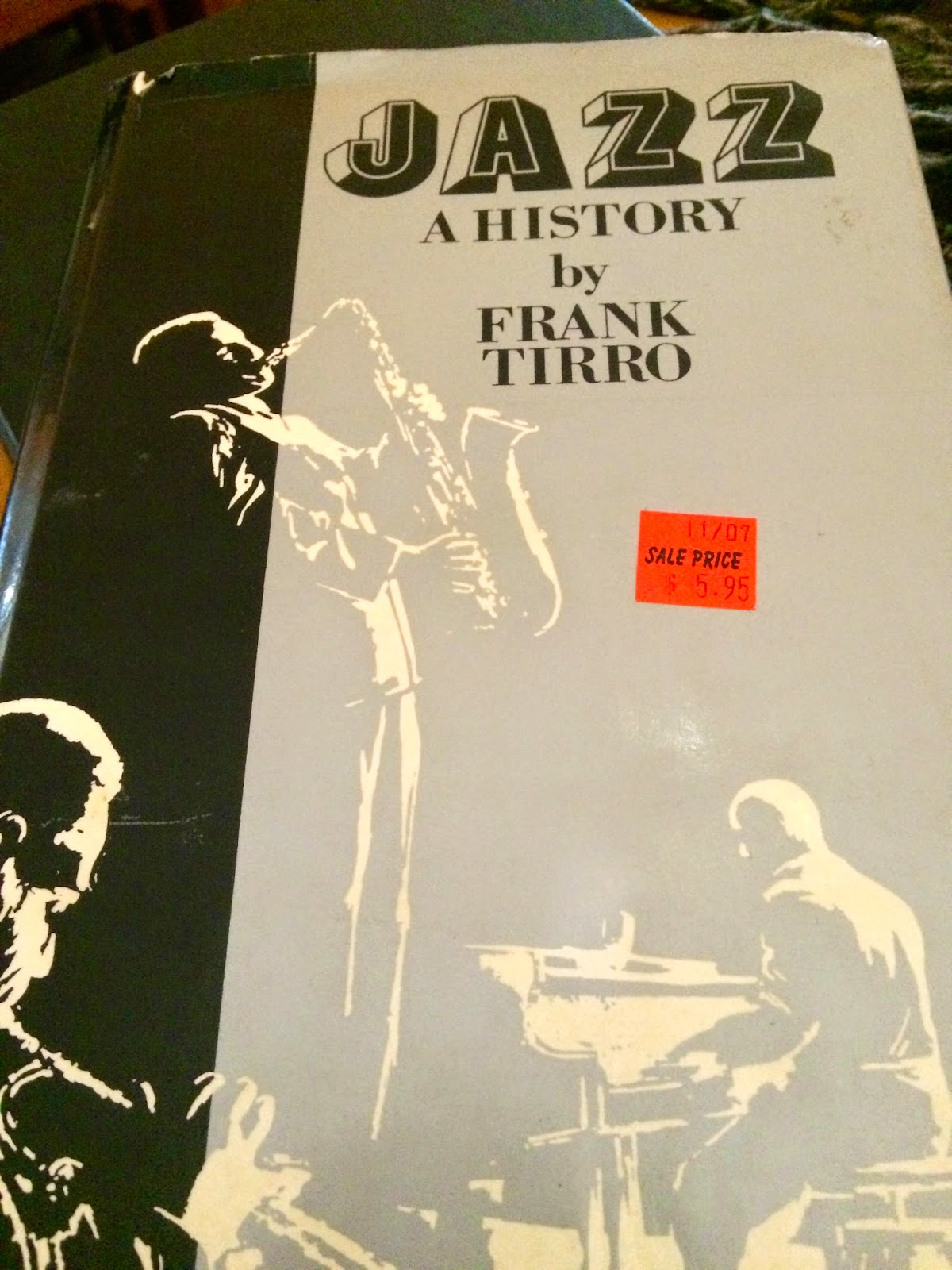 I wanted to trace Tirro's logic back to the classical avant-garde, up through jazz musicians like Lennie Tristano and forward to the contemporary artists of the mid-'70s. I wanted it all; I longed to have all that music in my head, all that lineage under my fingertips.

That's the power of good writing, and in reading Tirro I also learned a huge lesson about writing about music that I wasn't getting from Rolling Stone, where the majority of critics—with notable exceptions like Ralph J. Gleason, Greil Marcus and Jon Landau—relied on clichés and subjective rationale.

Tirro also set the bar high for what I would look for in books about jazz and other types of art. Following that model, I quickly picked up on Ira Gitler's Jazz Masters of the Forties and Martin Williams' Jazz Masters in Transition. I discovered Gary Giddins' "Weather Bird" column in the Village Voice and Rafi Zabor's writing in Musician.

I also discovered that talking books and authors with musicians and others in the business was even more interesting than discussing recordings, because books tended to be a more immersive experience. These discussions led me to exceptional works like John Litweiler's The Freedom Principle and Pete Guralnick's Lost Highway. One such discussion with writer Stanley Crouch in the back of a taxi turned me on to John Chilton's The Song of the Hawk, which, at the time, Crouch considered to be the most thorough jazz biography on the market. The early days of the internet also brought me into contact with writers themselves—people like Len Lyons and Eric Nisenson, who became an important champion for my own writing and a good friend until his death in 2003. 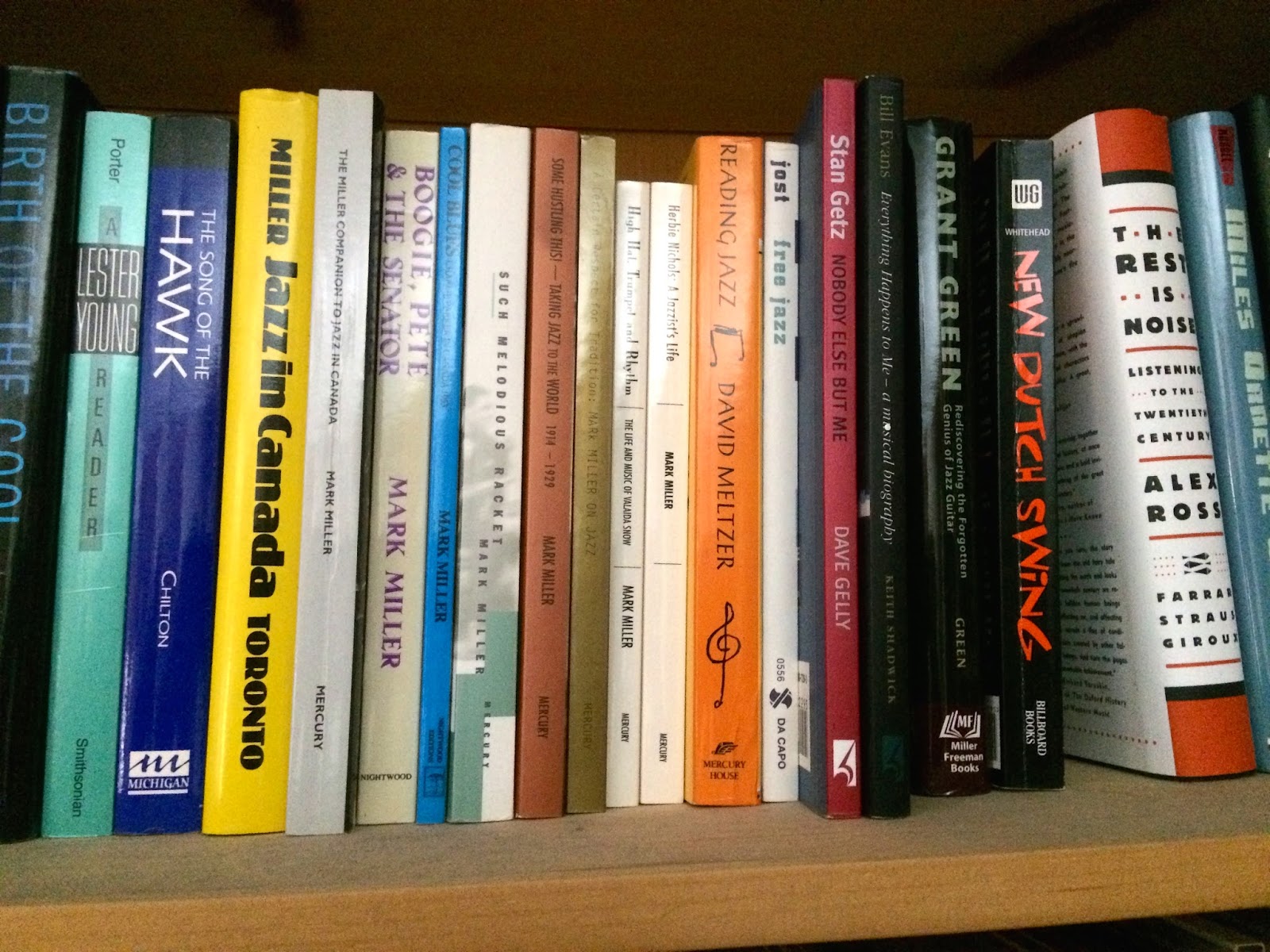 People I know often ask me why I don't write my own book. At one point, Nisenson was encouraging me to put together something on a handful of Canadian artists—Paul Bley, Kenny Wheeler, Sonny Greenwich and Gil Evans—and how they reflected what Glenn Gould once called "the feeling of North." Based on my research on Greenwich, I also developed a more extensive plan for a book-length study of jazz guitar and how it evolved from a rhythm instrument into the premier solo voice in the genre.

As a working writer (i.e., someone who relies on putting words on paper—or zeroes and ones on some server—to make a living) I find the prospect daunting. I've had no problem attracting offers to write books on subjects as diverse as egg marketing and war veterans' rights, but so far no one is knocking on my door to offer me a living wage to write about jazz. That gives me even greater respect for people like Crouch, Giddins and my friend Mark Miller, who continue to pour their energy and intellect into writing about the music they love. Books like Crouch's Kansas City Lightning, Giddins' Jazz and Miller's High Hat, Trumpet and Rhythm add to our knowledge of jazz, and, one assumes, continue to inspire bored undergrads somewhere.

Addendum: Since writing this, I connected through LinkedIn with Frank Tirro. So happy to hear that he's still alive... and writing! He has a new book due for release in spring 2015.

Wonderful to read this "origin" entry for its defining of the critic's quest: to appreciate, delineate and share. Thank you.

Nice article, just wondering if you have read Rafi Zabors The Bear Comes Home ,although it is (I think haha) fiction it magically captures the spirit of Jazz ....Craig